W3C Events in Tokyo – Lost in Translation, Not!

Soon after coming back from sunny Florida for JS Conf, I flew to Tokyo for two public events by W3C, Test The Web Forward and Developer Meetup.

This was a rare opportunity to gather W3C people, W3C members of participating companies from all over the world, and local developers gathered in one place. And, it must be super rare that it happens in Tokyo, where non-English speakers and non-Japanese speakers unite.

Test The Web Forward is a part of the larger Move The Web Forward initiative to get developers more involved in contributing to the web platform they help define by writing tests. The events are mainly organized by Adobe, also other browser vendors like Google and Microsoft, and has been hold worldwide. 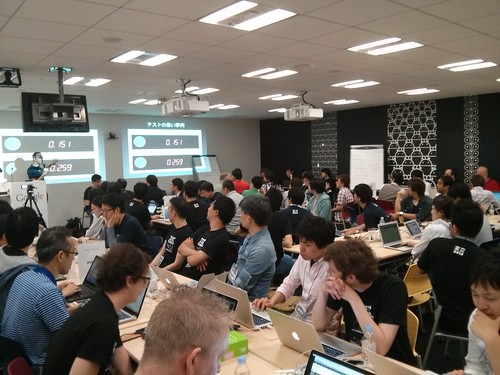 Test The Web Forward Tokyo was organized by Adobe crews (Rebecca, Larry and Isra) from San Francisco, and hosted by Google Japan (Eiji, Fumi, et al.) at their fancy Roppongi Hills office, and I was honored to be there an a one of the experts!

The language barrier in Japan is larger than you probably imagine. Therefore, all the presentations done in English was done along with interpreters. Since I am a native Japanese speaker, naturally, my main role there was helping Japanese developers to communicate with W3C experts while writing tests so nobody gets lost in translation!

After a while, I noticed I no longer need to go between devs and experts when everybody started writing tests. Code is a universal language for geeks like us! 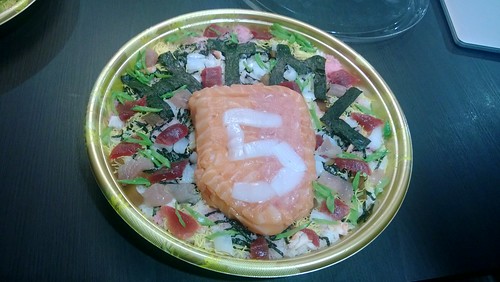 The event was so successful that we ended up getting 609 tests! This beat Seattle’s record, and the best record so far! 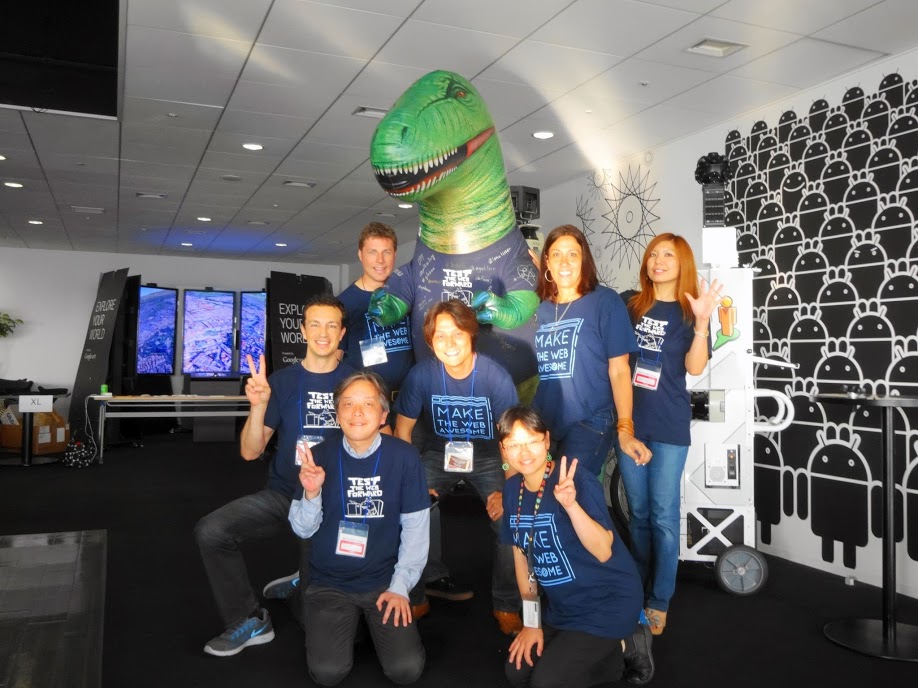 The W3C Developer Event was organized by W3C and HTML5j, and hosted by a Japanese gaming company, GREE, at the same building, Mori Tower in Roppongi Hills.

It was the first W3C public event in Japan, also in very “Only in Japan” theme. LOL! See the photo below of Marie-Claire from W3C dress in Doraemon (a cat-shaped robot character in a popular anime). She demonstrated “When in Japan, do as the Japanese do” amazingly well. 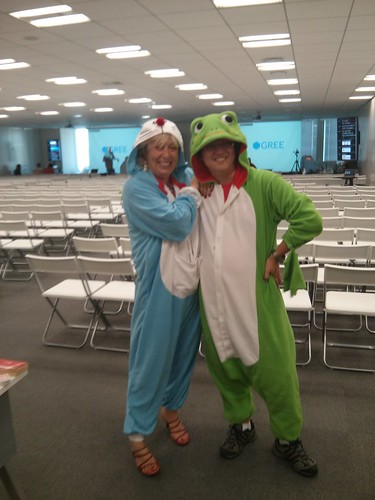 At this event, I gave a shorter version of the preso about the HTML5 use-cases using CoreMob Camera project I’ve spoke at W3Conf in San Francisco, and the app that I had demo’d at MWC in Barcelona. 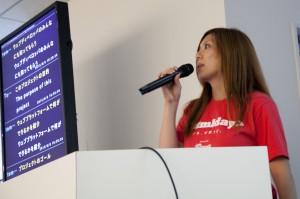 Initially, I thought I was going to speak in Japanese since this is a Tokyo event, however, I actually did in English with a real-time text-translation service, done with Google Translation API. (See the display behind me in the photo above!) It was a quite interesting experience for me!

Also, I participated a panel discussion to talk how Japanese developers can contribute to help W3C. At the panel, I pointed that contributing directly to W3C is not a easy task so I asked the audiences to help friends and communities rather than writing specifications. Oh by the way, I spoke Japanese by popular demand! and the English text translation was given this time! 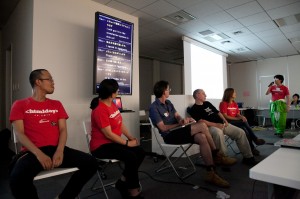 So much food and drink were provided including W3C cake! I was too busy catching up friends and meeting new people so I hardly tasted any of the fancy food! 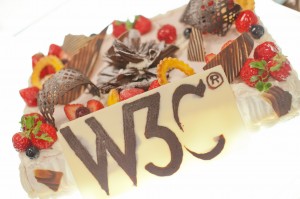 The both events were very successful, and we all had huge fun! We had some crazy Roppongi experiences after the events.

There are more fun photos and blogs (mostly in Japanese tho) by other participants: