Because I Want Mobile Web to Be A Better Platform

More that a few people has asked me what my “secret project” at Nokia is, especially because I was hired while the company was facing downsizing, also the fact that I was working for webOS (the mobile platform that nobody in the world cared but Steve Jobs. -OK, I’ve been sarcastic because it has been bitter-sweet. But it was true Steve kept his eyes on what we were doing), some made this speculation about Nokia jumping on the web-based OS bandwagon after Mozilla and Tizen. However, this is not a reason, or what I do at Nokia. My project is nothing secret about.

So what I do? I work for the web standard and evangelizing open web platform, also work with W3C’s community groups. Of course, I am working with IE10 on Windows Phone 8 and evangelising it too! (Yes, Lumia 920 is an awesome phone!)

CoreMob includes major mobile players, not limited to manufacturers (Nokia, Samsung, etc), carriers (Verizon, AT&T, France Telecom, etc) and browser vendors (Opera, Mozilla, Microsoft and Google), we have reps from anybody who are interested. In fact, one of the biggest players in the community group is Facebook, which you may recognize as the company whose CEO doesn’t believe in HTML5. Well, then you are wrong. Facebook cares mobile HTML5. A lot.

Actually, I just came back from the 2nd CoreMob F2F meeting in London last week. We had a lot of discussions for the world domination, I mean, for defining the mobile web standards. So now you can benefit from one the results of what came out from

Coremob Use Cases and Requirements
And currently, I am working on a demo app to showcase the use cases for mobile, for developers, as well as vendors to encourage implementing features correctly. I will open-source the project, so stay tuned! 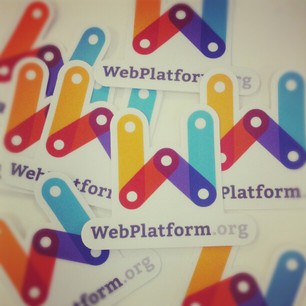 There are more going on with Nokia and W3C – you probably have heard that WebPlatform.org Alpha has just launched! This is a community-driven site for developers to learn and participate. Other stewards are Adobe, Facebook, Google, HP, Microsoft, Mozilla, Opera, and believe or not, Apple too, despite lacking the shiny logo from the site. (and it is intentional so please don’t report the bug to us).

I am hoping the movements make the mobile HTML5 a better platform, more standardized and away from proprietaries and patents that prevent the standardizing process. (OK, I do agree that intellectual properties should be protected in some degrees, but disagree when it prevents innovations from happening!)